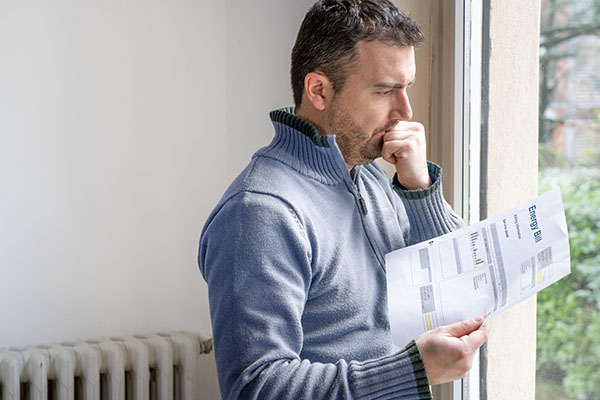 SoCalGas’s announcement was published right before the New Year to warn customers in Southern California, including the Los Angeles metro area, that the surge in prices will go into effect on Jan. 1. (Related: Operators say green energy transition rendered US power grid unreliable, prone to blackouts.)

“There’s no easy way to put this,” said the company in its announcement. “January bills are likely to be shockingly high.”

One of that shocked SoCalGas customers is Lauren Davis, who opened her family’s gas bill this month to find that it was nearly 25 percent higher than expected. “I opened the bill and it was $330 and the first thing was, ‘What’s the temperature in our house?'” she said.

Upon closer inspection of her gas consumption, she found that her family actually used less gas this year compared to the same time period last year. But she’s now paying more.

“For a colder house, less gas used and it’s insane,” she said.

“We understand that our customers are starting to feel the pain caused by large changes in the natural gas market,” said SoCalGas Senior Vice President and Chief Customer Officer Gillian Wright. “And we also recognize that we owe it to our customers to provide them with as many tools and tips as possible to help them find ways to prepare for colder weather and higher winter bills, including financial assistance in some cases.”

Following its announcement, SoCalGas added that it has already contributed $1 million toward its gas assistance fund, which provides qualifying applicants with a one-time grant of $100 to go toward their gas bills.

SoCalGas blamed the unprecedented winter weather for driving up natural gas prices in the Western United States. The company added that SoCalGas does not profit from raising prices, and that the prices are set at the national and regional level markets.

According to the U.S. Energy Information Administration (EIA), widespread below-normal temperatures are part of the reason for higher natural gas prices.

The EIA added that other factors are also influencing the spike in natural gas prices, including higher than normal natural gas consumption, reduced natural gas flows and pipeline constraints due to a variety of factors including scheduled maintenance.

But the one factor that is really causing already-high natural gas prices in Southern California to surge is the fact that the Pacific region is recording low natural gas storage levels.

Davis had to pull from her family’s food budget in order to meet her recent gas bill. She worries for those with less flexibility, including her elderly neighbor.

For its part, SoCalGas is recommending that users reduce their natural gas use by lowering the thermostat three to five degrees if health permits, installing proper caulking and weather-stripping, washing clothes in cold water, turning down the temperature on the water heater and limiting the use of non-essential natural gas appliances.

Watch this episode of the “Health Ranger Report” as Mike Adams, the Health Ranger, provides some potentially lifesaving winter survival tips to handle the cold and blackouts.

This is from the Health Ranger Report on Brighteon.com.

HILARIOUS: The “amazing” 4-SECOND TEST of “renewable energy” in California did NOT include City of Los Angeles and DID include use of fossil fuels.