Agrochemical giant Monsanto has agreed to plead guilty to environmental crimes stemming from its pesticide use in Hawaii. According to the U.S. Department of Justice, the company, which was acquired by Bayer in 2018, will pay $12 million in fines for violating the Federal Insecticide Fungicide And Rodenticide Act (FIFRA).

Monsanto has admitted to 30 misdemeanors related to an incident in Oahu in which it permitted workers to enter fields 30 times during a six-day period in which entry was restricted due to high toxicity following the spraying of corn fields with a chemical known as Forfeit 280.

In that incident, Monsanto admitted that a lack of oversight and supervision on its part caused its workers to violate the required safety waiting period in order to carry out corn scouting, which involves checking corn for weeds, diseases and insects.

They will also plead guilty to two felony charges related to the insecticide methyl parathion, which has been banned. Methyl parathion is the active ingredient in Monsanto’s Penncap-M pesticide. This incident also involves a misdemeanor offense of unlawfully spraying the pesticide on research crops and corn seeds in its Valley Farm facility on the island of Maui. They admitted to using the chemical in violation of FIFRA despite knowing that its use was prohibited after 2013. They also admitted that they told workers to re-enter the sprayed fields just seven days later despite knowing that re-entry was prohibited for 31 days.

These particular charges were part of a 2019 deferred prosecution agreement and would have been dropped had the company complied with federal laws during the last two years.

Instead, they are now obligated to pay a $6 million fine related to the charges in the methyl parathion case along with $1.5 million to each of four Hawaiian governmental agencies. Some of the fine will go toward community service payments in Hawaii. In addition, the company will now be subjected to a three-year probationary period with reporting and auditing requirements.

Hawaiians are fed up with Monsanto’s treatment of their land

With Monsanto now pleading guilty to several environmental crimes in Hawaii twice in less than four years, many people who live on the island are hoping the company will leave the state entirely. Through their actions, they put field workers’ health at risk by forcing them to transport and apply banned pesticides. This has set them up for a lifetime of worry that they could develop long-term health effects related to their pesticide exposure.

In addition, they put the community at risk because these chemicals can be transported by the wind to neighboring areas, in addition to making their way into the water. Two Maui residents who live downwind from Monsanto’s fields are already suing them over birth defects.

State Representative Tina Wildberger, whose South Maui district is home to two outdoor Monsanto facilities, said: “Maui will not continue to be predated by this company. People of Kihei are living just downwind of Monsanto, now Bayer?s, clandestine and apparently often illegal operations. Their open windows are exposed to everything they spray. It’s time for the chemical company/seed industry to leave Hawai’i.”

She added that their actions go against the islanders’ cultural beliefs, stating: “Their mono-crop toxic tech doesn’t fit with the Hawaiian values of m?lama ??ina (to care for the land).”

Monsanto’s parent company Bayer is also facing litigation over the health effects of its glyphosate herbicide Roundup. The company has proven time and time again that it places profits over people, and while it’s nice to see them being held accountable, these fines are just a drop in the bucket when you consider the estimated value of Hawaii’s seed industry overall was $106 million for the 2018-2019 season and $241.6 million at its peak in 2011. 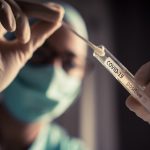 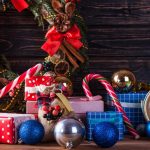 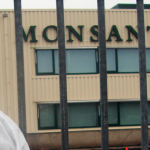 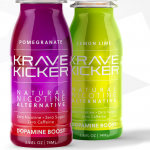 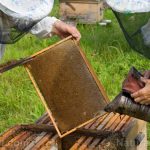